But whatever things were gain to me, these things I have counted as loss because of Christ. More than that, I count all things to be loss in view of the surpassing value of knowing Christ Jesus my Lord, for whom I have suffered the loss of all things, and count them mere rubbish, so that I may gain Christ,

Paul. A man’s man. A real Hebrew’s Hebrew. He had all the credentials. He was from the tribe of Benjamin. He was a Pharisee – and a zealous one at that. He KNEW the law, and under that law he was righteous and blameless. He came from Tarsus so was a Roman citizen by birth. He had the best Jewish education in Jerusalem and honored his ancestry – to a fault.

And yet…he counted all these things as rubbish, compared to the surpassing worth of knowing Christ. Rubbish literally means “the excrement of animals, worthless and detestable.” You see, before Paul’s conversion, he was zealously persecuting Christians because he was avidly devout to all he had learned. He believed Christ to be a false Messiah, a counterfeit, and he was out to prove it and eradicate any who would dare to proclaim Jesus as the Messiah. That was pure blasphemy.

And then…Paul had a personal encounter with Jesus on the road to Damascus. And this was not the warm fuzzy, full of emotion encounter. This was a real, raw, and convicting encounter. Jesus asked Paul, “…why do you persecute me?” It wasn’t, “so hey dude, I think we got off on the wrong foot. Maybe you should reexamine who I am.” Jesus was straight to the point and called Paul on his sin.

Paul knew he had encountered his Lord. He gave up all he knew. He gave up the prestige and privilege. He gave up his place in the Jewish society. He gave up all the “Right” stuff and counted it as loss because of the surpassing worth of knowing Christ Jesus his Lord. You know what “loss” means? It means damage. He was saying that all of that stuff that made him a “Hebrew’s Hebrew” was actually damaging his walk with God. And all because of an encounter. One encounter. One unmistakable brush with the Risen King.

Do you or someone you know have all the “Right” stuff? The good job, the perfect house, the nice car, all the Alaska toys, the prestigious title? Could it be that all of these things that the world has you chasing after are actually damaging your walk with Jesus? Would you consider them “detestable, as in the excrement of animals” if it they meant sacrificing knowing your Savior and all He has for you?

Please hear me – I’m not saying any of these things are bad in and of themselves. Really quite the contrary. When used for the right reason, for the honor and glory of God, they are incredible, life fulfilling, and Kingdom building. BUT they are utterly meaningless if you don’t know Jesus.

You see, Paul discovered something when he had a personal encounter with Jesus on the road. NONE of these “Right” things matter if you don’t know Jesus. These things will give you temporary fulfillment. They will give you momentary satisfaction. But they won’t – they can’t – give you the deep-down contentment and peace that knowing Jesus can give you.  And knowing Jesus means having that personal encounter with Him every single day, every single hour, in every single circumstance. 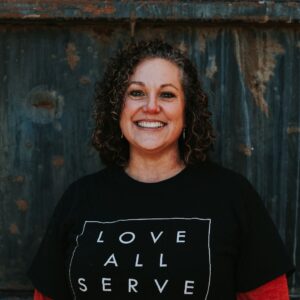 I know that I too often put too much meaning into having the perfect–looking life, that I press toward these “Right” things apart from You, and they are utterly meaningless without You. Lord Jesus, I want to live for You, I want to follow You, and I want to use every good and perfect gift from You FOR You.